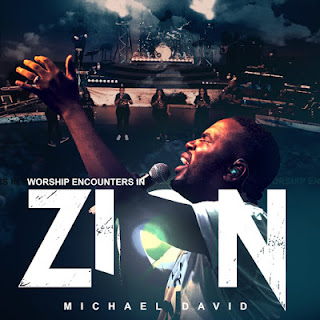 Contemporary gospel artist, pastor and anointed songwriter, Michael David has released his new live album, “Worship Encounters in Zion”.
Since his first album back in 2016, Michael David’s heart desire has always been to see people’s lives touched and changed by the presence of God through song.
His previously released, original songs such as “Emmanuel” and “Wave after Wave” have become firm favourites for worship music lovers across the country.
Worship Encounters in Zion carries Spirit-filled tunes, accompanied by lyrics inspired by the very Word of God.
The album boasts captivating songs that you won’t help singing along to as well as sacred moments of spontaneous worship…spiritual songs, connecting our spirits to God’s spirit in a specific moment in time.
“I would love to see people’s relationship with the Lord being charged up as they listen to this album. I would love to see healing streams flow as Gods people are immersed in the waters of his presence.” – Michael David
This album is indeed an encounter that will set off passionate love conversations between God and His people.
Available for Pre-Order
Social Media:
Facebook: https://web.facebook.com/mikeynkomo
Instagram: https://www.instagram.com/michael_david88/
Youtube: https://www.youtube.com/channel/UCOKBOg64KlhxPlv-CYBqCyg
Tags: live Worship Serviceworship
ShareTweetSend

[Music + Lyrics] GUC- All That Matters