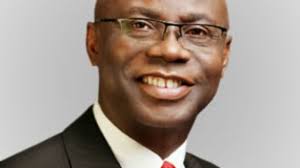 General Overseer of the Citadel Global Community Church, also known as Latter Rain Assembly, Pastor Tunde Bakare has been appointed as the new inaugural Chairman of the Advisory Council of Royal Commonwealth Society in her Office in Africa.
The body said the appointment was offered to the cleric in recognition of his giant and brave strides, which Bakare consistently pursued for the betterment of the common man and the Nigerian society over time. They made this known in a statement signed by John Apea, its regional coordinator for Africa.
“Over the past few decades, we have been witnesses to your (Bakare) good deeds, which have consumed much of the ink flowing through writings in Africa and beyond; your unwavering crusade against corruption, your sincere love for Africa and your work as a respected pastor, statesman and philanthropist are unquestionable.”
“To this end, we would be very delighted to have a man of your wisdom, experience, calibre and integrity to usher us into an interesting but dynamic era of race and international relations, development and cooperation,” Apea said.
Read Also:“Corona Virus Is One Of The Signs Of Endtime” – Bishop Oyedepo

He expressed the view that with Bakare partnering, the Africa office would be able to better the lives of all Africans by delivering on the Commonwealth thematic areas of prosperity, sustainability, fairness and security.

“We are certain that together, the Africa office will be able to better the lives of all Africans by delivering on the Commonwealth thematic areas of prosperity, sustainability, fairness and security,” he said
The well esteemed non-governmental organisation is highly recognized across the globe and is championed by Queen of England, Her Majesty, Queen Elizabeth II, with the mission to promote the value of the Commonwealth and the values upon which it is based.
Read Also: “I Was Forced To Eat Live Cockroaches And Endures Indoctrination” A Chinese Christian Forced For Not Denouncing His Faith In Jesus Christ

Other leaders of the society are Lord Howell of Guildford as president, HH. the Aga Khan H.E Baroness Scotland (vice president), the Duchess of Cornwall (patron), among others.

Following his appointment, the man of God said he was humbled and proud to collaborate with the Royal Commonwealth Society, renowned for its immense contributions towards fostering international cooperation and human development in an evolving global order.
He noted in particular that the Society had played a significant role in promoting racial integration, pan-African expressions, youth development and much more.
ShareTweetSend