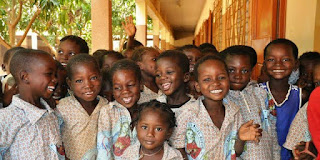 As Boko Haram continues to terrorize Nigeria’s Middle Belt, Christians are beginning to “fight” back through prayer.
Christians in Nigeria’s Middle Belt and Northern regions are consistently being attacked by extremist groups such as Boko Haram and militant Fulani herdsman. In response, the Nigerian government and most major media outlets have largely turned a blind eye to the issue.
Amidst this devastation, a group of 76 Muslim-background Christians was kidnapped, held captive and tortured by Boko Haram. The militants chose four men from the group and commanded them at gunpoint to renounce Jesus Christ and proclaim Islam. The men were then shot dead in front of their friends and families for refusing.
After killing four of the men in the group by firing squad, they threatened their widows to renounce Jesus or they would kill their children the same way.
The militants informed the wives of the four men that if they refused to renounce their faith, then they would shoot their children. Throughout the night, the mothers were restless until their children approached them saying that Jesus had spoken to them and said that “all would be well”. He did not want the mothers to renounce Him because “He is the way, the truth and the life”.

According to the survivors, the next morning the children were lined up in front of the firing squad. When asked to renounce Jesus, the mothers refused. The extremists proceeded to take them. Then, they started screaming and shouting in fear. Some of the militants ran away whilst others appeared to have dropped dead. One of the prisoners tried to pick up a rifle that had been abandoned to shoot at the militants that were fleeing, but a child stopped him and told him that he didn’t need to fight.
The entire group, except for the four men who were executed, managed to safely escape and relocate to a safer region of Nigeria. According to the survivors, the Lord worked in a miraculous way on behalf of these people in Nigeria.