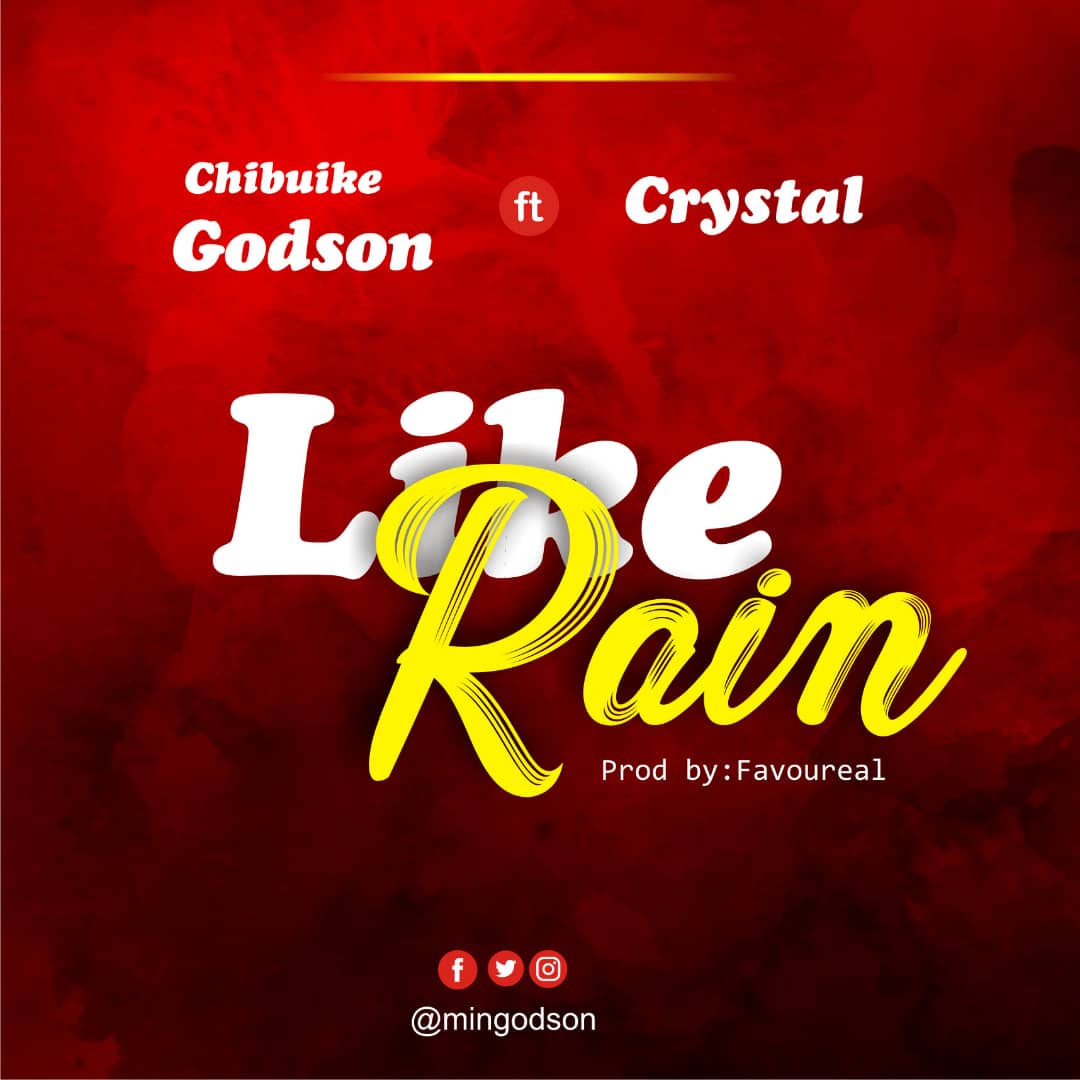 Nigeria Multiple award nominated Gospel Music Minister Chibuike Godson is out with a new single titled “LIKE RAIN”
Chibuike Godson is a Lagos based multiple award nominated Singer, Actor, Media personality and a dynamic Song-writer whose Ministry has been a blessing to so many, convener of Praise in da city with Godson and Friendz.
The Minstrel who is making known the testimonies of our Lord Jesus Christ every where he goes,
Like Rain is a song that declares the that mighty rain of healing and miracles is released into the atmosphere featuring the super anointed vocal power house Crystal Songz.
DOWNLOAD MP3
ShareTweetSend

do You Remember Godsgift of Ororo Anointing? He just revealed a brand new collaboration, with Who this Time???