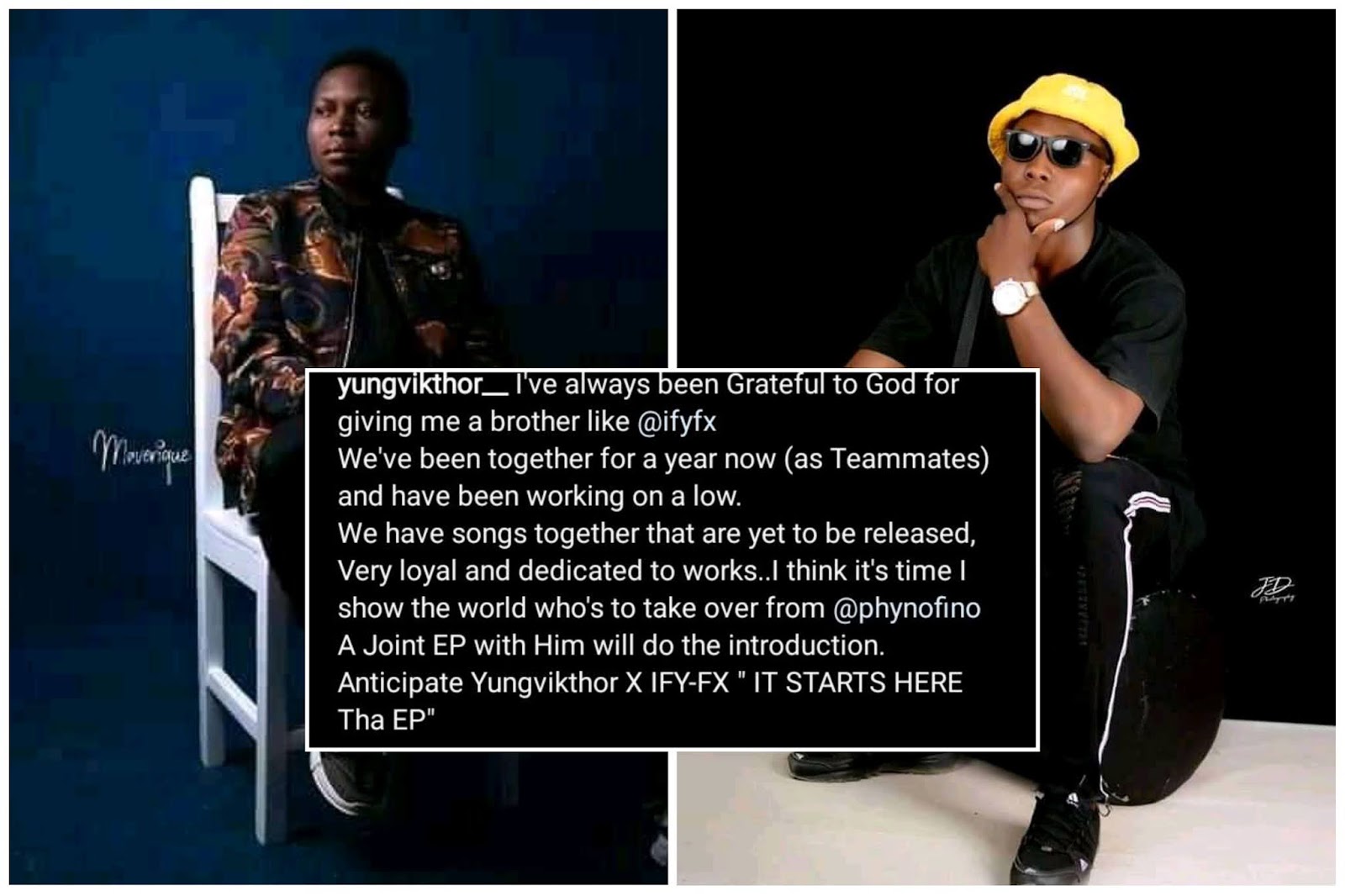 TIMG Rapper, Yungvikthor and Ify Fx spotted having Fun in the Studio on post on IG followed by the caption on which Yungvikthor Talk about his Team Mate Ify Fx who He said they have been Together for a year now as teammates working on Tracks.

I’ve always been Grateful to God for giving me a brother like IFY-FX.
We’ve been together for a year now (as Teammates) and have been working on a low.
We have songs together that are yet to be released, I think it’s time I show the world who’s to take over from Phyno.
A Joint EP with Him will do the introduction.
Anticipate Yungvikthor X IFY-FX ” IT STARTS HERE Tha EP”