in Uncategorized
0
Share on FacebookShare on Twitter
By Samuel Jidayi, November 8, 2020
Latest Nigerian News
Symptoms
As Nigeria’s battle against the coronavirus intensifies with fears of a second wave, another deadly infectious disease is on the rise with dozens of fatalities already recorded.
The Nigerian Centre for Disease Control (NCDC) on Saturday confirmed that reported deaths from a “strange illness” in Enugu and Delta states in recent weeks were caused by yellow fever, an acute viral haemorrhagic disease that can kill within 10 days if symptoms become severe. 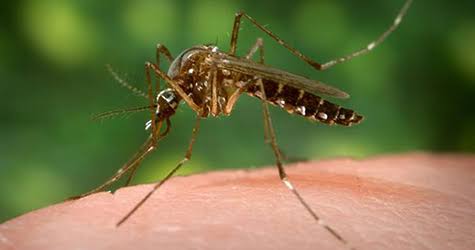 Authorities in Enugu on Thursday said a strange ailment had killed many people with an official saying over 50 people had died in parts of the state since early September when it began spreading.
Meanwhile, the government in Delta State on Friday confirmed that the strange disease also spreading in the state was yellow fever, according to initial investigations.
The Delta State health commissioner, Mordi Ononye, said the number of deaths recorded so far was about 22.
In a statement on Saturday, the NCDC director, Chikwe Ihekweazu, said Delta notified the NCDC about cases presenting with symptoms of yellow fever on November 2, while Enugu State followed suit on November 3.
According to the official, most of the cases had symptoms including fever, headache, fatigue, jaundice and vomiting (with or without blood).
“As of November 6, three samples from Delta and one sample from Enugu State tested positive for Yellow Fever at the Irrua Specialist Teaching Hospital Laboratory in Edo and the NCDC’s National Reference Laboratory in Abuja.”
He said the NCDC had activated an incident management system to coordinate response activities and had sent Rapid Response Teams to the two states. 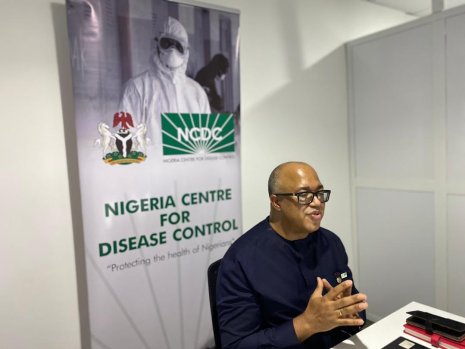 “They are carrying out active case searches, risk communications and community engagement as well as ensuring prompt management of cases, while our sister agency, the NPHCDA is planning a vaccination campaign”, Mr Ihekweazu said.
He said more samples were being tested from both states to confirm the causative organism of the outbreak.
The director-general said that epidemiology teams from both states were leading the investigation with support from the NCDC, the National Primary Health Care Development Agency (NPHCDA) and the WHO.
Yellow Fever Returns in New frontiers
Nigeria’s earliest outbreak of yellow fever was reported in Lagos in 1864, with subsequent regular outbreaks reported until 1996.
No confirmed cases were then reported for 21 years, until September 2017 when the viral infection was rediscovered in Kwara State.
Since then, Nigeria has been recording thousands of infections yearly with outbreaks limited to states including Ebonyi, Cross River, Benue, Gombe, Sokoto, Kastina, Yobe, Kwara, Kogi, Osun, Edo, Bauchi, Borno, and Kano.
This year, however, the disease appears to be spreading to new frontiers with the high fatality toll being recorded in Enugu and Delta. According to NCDC data detailing trends of outbreaks from 2018, 2019 and early 2020, both states only reported pockets of cases with very few deaths.
If we are to go by the 50 and 22 deaths as claimed by authorities in Enugu and Delta, it means that both states have recorded more fatalities than what was reported across Nigeria in the whole of 2019.
According to NCDC data, between January 1 to December 27, 2019, Nigeria recorded 47 deaths from 38 local governments in 15 states and the FCT. Only one death was reported from the disease in 2018.
The reasons for the recent spate of new cases and increasing fatality toll in the states has not yet been medical proven but it could be because Enugu and Delta share borders with Ebonyi and Edo states respectively; two states that record yearly outbreaks.
In the Saturday statement, the NCDC said it is supporting Delta and Enugu to tackle the sudden spike in cases and deaths in some communities in the two states.
*Vaccination*
“Yellow fever is a vaccine-preventable disease. A single vaccination provides immunity for life. Symptoms of the disease include yellowness of the eyes, sudden fever, headache and body pain,” the NCDC boss said in Saturday’s statement. 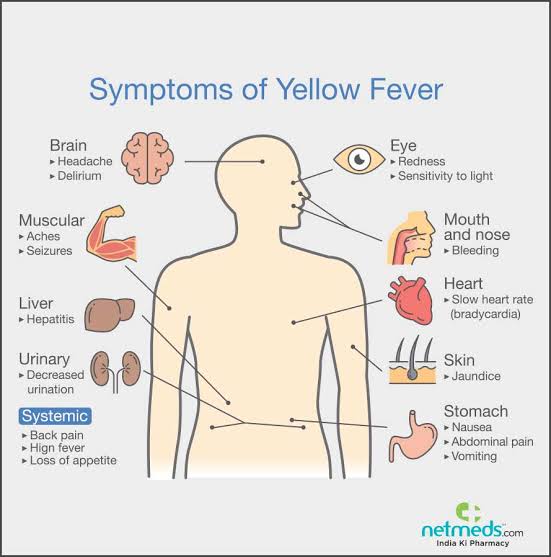 “The yellow fever vaccine is available for free in primary health care centres in Nigeria as part of the national childhood routine immunisation schedule,” he added.
Unfortunately, the low immunization rate in the country has been a major contributing factor to the increasing prevalence of the disease in the country.
The yellow fever vaccination was introduced in Nigeria in 2004 as one of the routine vaccines expected to be given to children during routine immunisation. In spite of this, the country is still witnessing outbreaks of the disease.
The increasingly regular occurrence of yellow fever outbreaks is largely because many people are unvaccinated, according to the NCDC.
The Nigerian government has in the past made concerted efforts to improve yellow fever vaccination including the introduction of yellow cards, an international certificate of vaccination or prophylaxis that shows that the holder has taken the yellow fever vaccine.
However, an investigation by Devex revealed that some Nigerians are finding ways to bypass the travel requirements, increasing the risk of the epidemic-prone disease spreading to other countries.
Vaccine hesitancy — a reluctance or refusal to be immunised — was named by the World Health Organization as one of the top 10 threats to global health in 2019. The reasons are complex and vary by location and community, but a WHO advisory group pointed to complacency, inconvenience, and falling confidence in vaccines and health authorities as underlying causes. Left unchecked, it could undermine health gains made over many decades.
In Nigeria, poor services and a lack of knowledge about the importance of vaccines have been identified as the biggest challenges.
ShareTweetSend