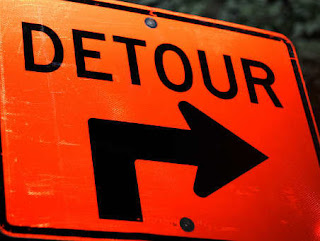 “For if you keep silent at this time, relief and deliverance will rise for the Jews from another place, but you and your father’s house will perish. And who knows whether you have not come to the kingdom for such a time as this?” — Esther 4:14
Have you ever noticed that the men and women we read about in the Bible and consider “great” were all people who allowed God to interrupt their lives and were willing to make tremendous sacrifices for Him?
Joseph saved a nation from starvation, but not before God dramatically removed him from his comfortable home where he was his father’s favorite and allowed him to be imprisoned for many years. Joseph probably wasn’t planning a life of hardship and rejection, but God took him through those things in order to position him to be in the right place at the right time. But Joseph could only know that after the fact.
Esther was a young maiden who undoubtedly had plans for her future when suddenly, without warning, she was asked to enter the king’s harem and gain favor with him so she could reveal the plan of wicked Haman, who intended to slaughter the Jews. She was asked to do things that left her frightened for her life, but her wise uncle knew that God had brought her to this point in her life and allowed everything she had endured in the past to prepare her for a moment of greatness.
These people had plans, but they let God interrupt them, and they followed Him instead. If you will decide that you don’t mind having God interrupt your life, He can prepare you, too, for moments of greatness and use you in awesome ways.
Prayer Starter: Lord, interrupt my life for Your purposes at any time and in any way You see fit. In Jesus’ Name, Amen.
From the book Love Out Loud Devotional – by Joyce Meyer

Lecrae, Crowder, For King & Country Join for the Livestream Of ‘Better Together’ Concert July 28