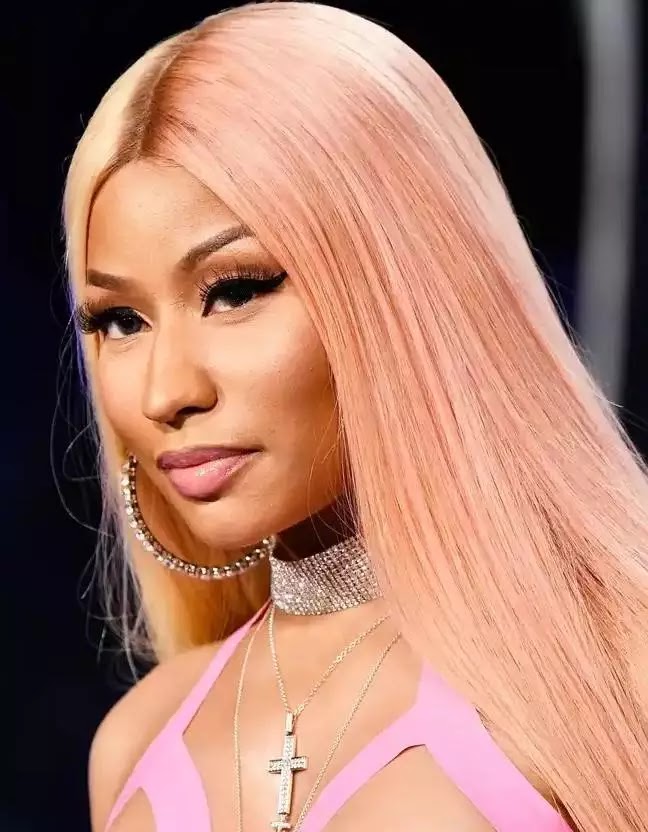 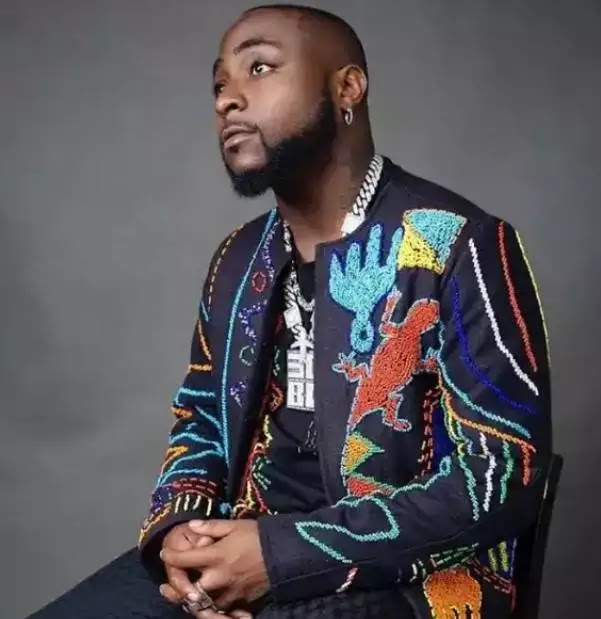 Davido who share a post few days ago to explain that few of his songs has been leaked online without him knowing. Among the song that was leaked online was the one he feature Nick Minaji. 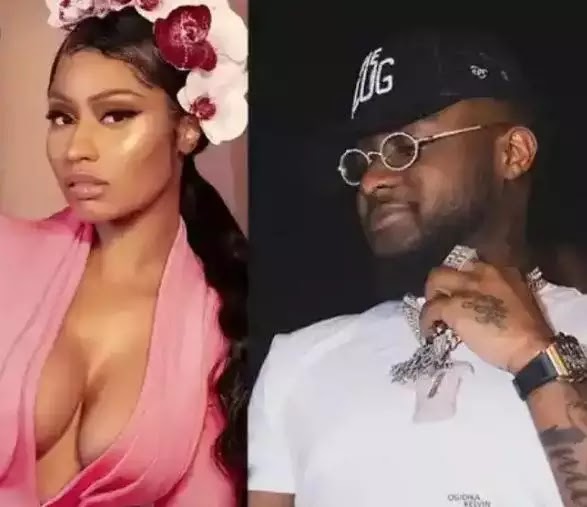 Few hours after it was leaked online Nick Minaji came online and reacted to it. She say that the that the song that was leaked is not the original track and also the beat she work on.
“Chile that ain’t no damn Davido song. And the others ain’t beat I used must have been miki minach”. 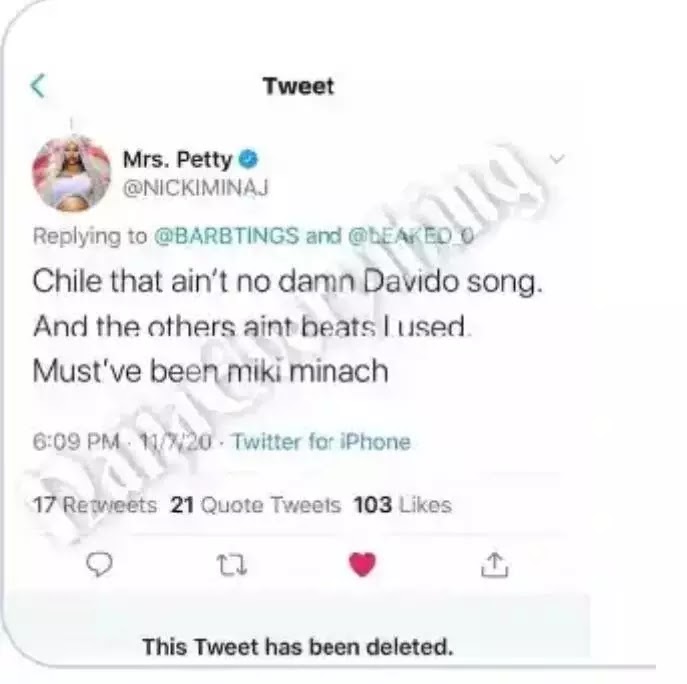 ﻿
Few hours after posting that she deleted it. 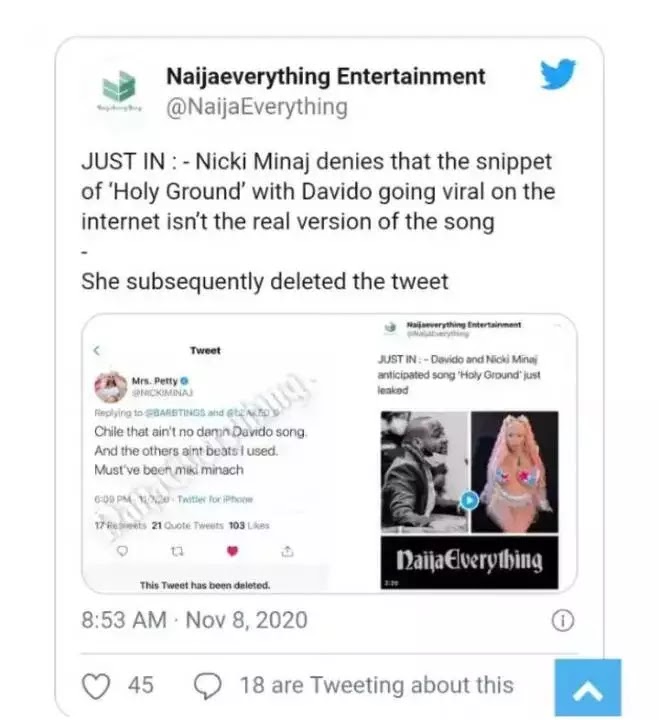 Did you really think that Davido’s song was leak or he just want everybody to be talking about him. Drop your comment below.
ShareTweetSend