Checkout what a fan said about BBNaija Dorothy not getting endorsements that sparked reactions.

Checkout what a fan said about BBNaija Dorothy not getting endorsements that sparked reactions. 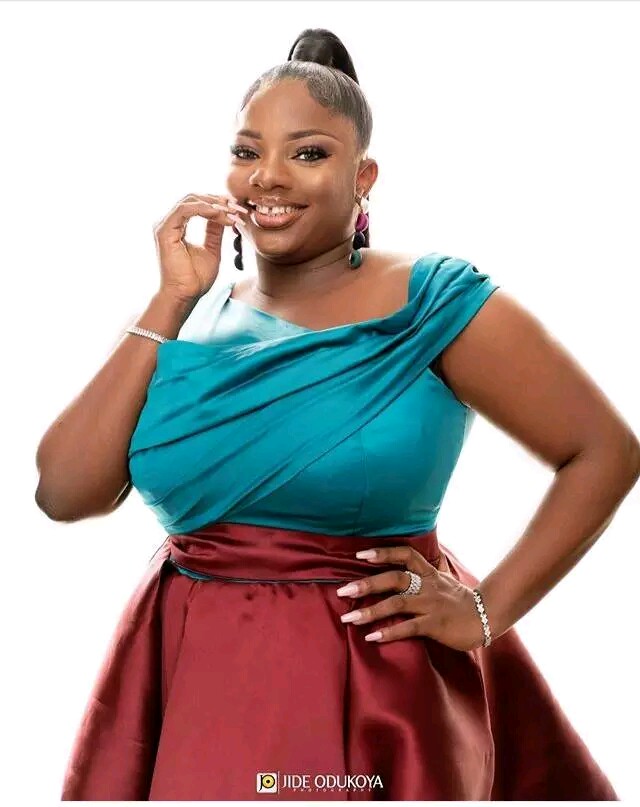 Fans can really be troublesome, they fish out issues from places where people never really thought there could be. I remember one time when Davido said that fans are a huge problem for celebrities, they can fuel unnecessary enmity between celebrities. 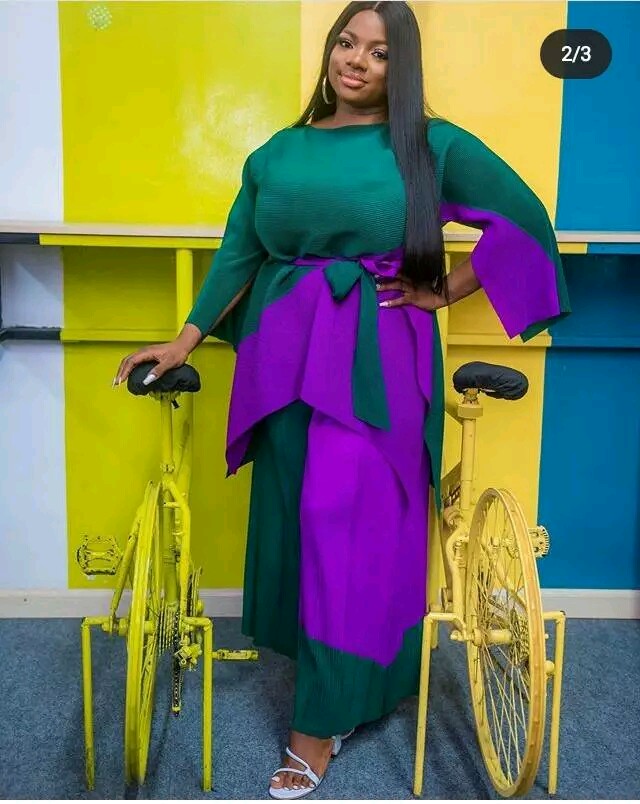 One fan have taken to Twitter to say some things that generated mixed reactions online. Recall that Dorothy Bachor and Rebecca Nengi Hampson are among the finalists of the recently concluded Big Brother Naija lockdown season. Dorothy was however the last woman standing on the show before Laycon was announced the winner, Nengi was evicted earlier.
I believe these girls are doing absolutely fine on their own, but one fan have said something that isn’t ethical. A fan of Nengi took to Twitter and wrote: 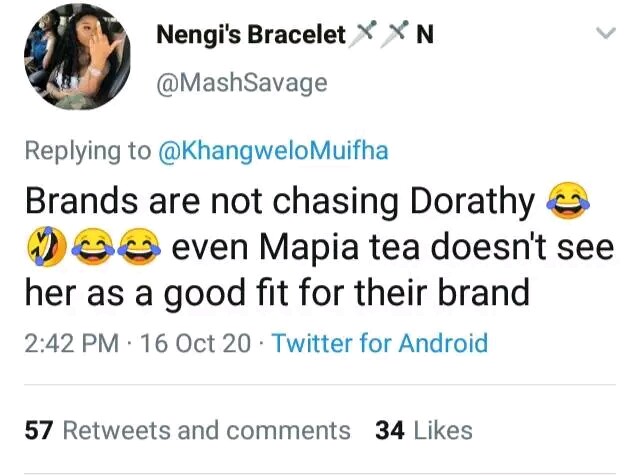 Brands are not chasing Dorathy 😂🤣😂😂 even Mapia tea doesn’t see her as a good fit for their brand”.
This doesn’t really speak well on behalf of Nengi, although some fans of Dorothy decided to defend her, a fan of Dorothy said:
“This was how you guys started making noises the first Day you guys saw Nengi’s wig box,she came with pink box filled with wigs,bla bla bla,Nengi came prepared 😂…Then boom Dora started her wig game you guys all 🤐 🤐 🤐 your mouth…Dorathy is not in Competition with anyone.”
However one fan of Nengi also thinks such comparison are uncalled for, she wrote: “I am a Ninja and I dont think u need to write this. Nengi won’t want this either. Spread love not “this” #NengiXDeshapeables”. See more reactions below: 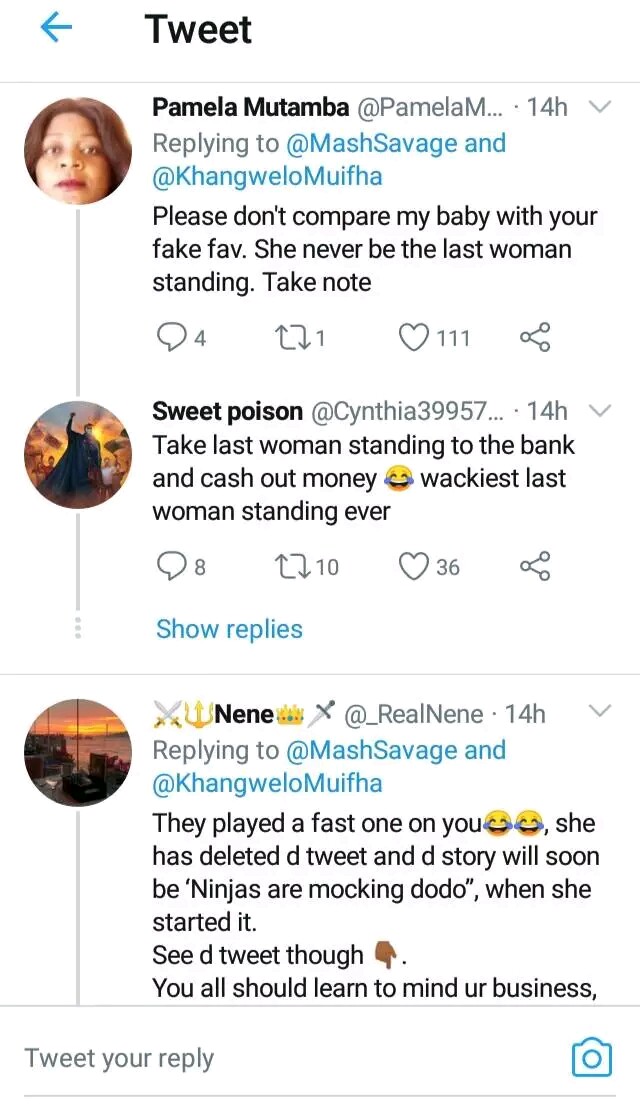 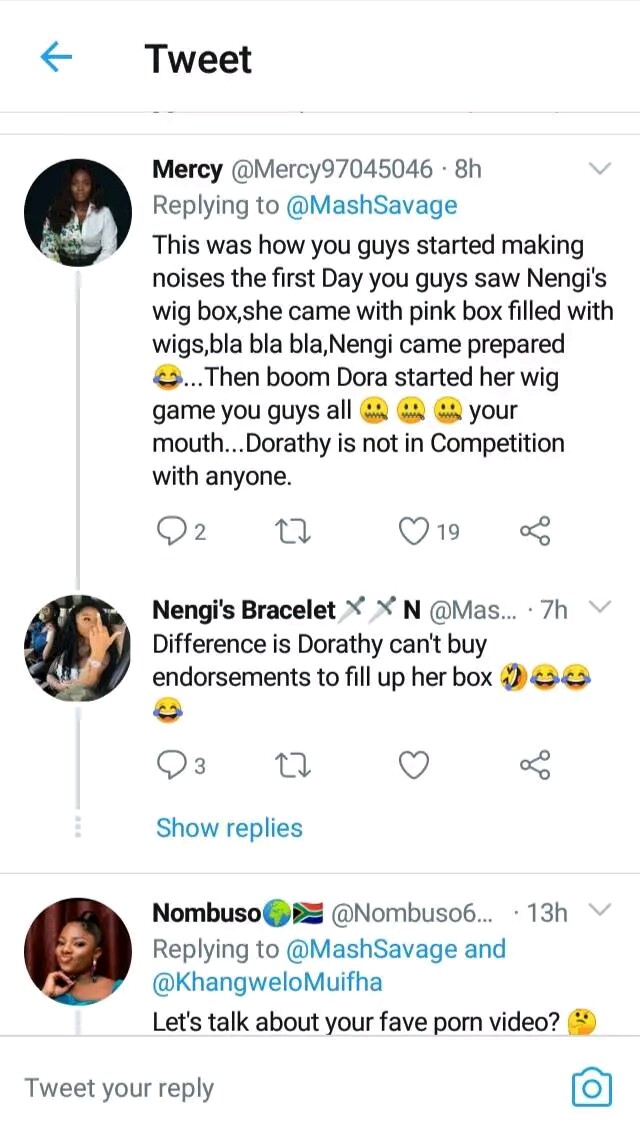