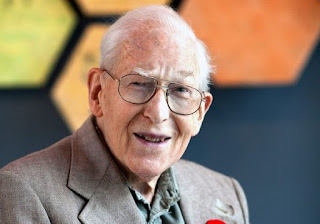 Evangelist JI Packer, author of ‘Knowing God,’ dies at 93
One of the world’s most renowned evangelical theologians, J.I. Packer, author of the best-selling Knowing God, is dead.
James Innell Packer, better known to many as J. I. Packer, who was one of the most famous and influential evangelical leaders of our time died Friday, July 17, at the age of 93.
The cause of death of James Innell Packer, is believed to be natural, according to his obituary on DeadDeath.
J. I. Packer was born into a lower-middle-class family in a village outside of Gloucester, England, on July 22, 1926. He came from humble stock, being born into a family that he called lower middle class. The religious climate at home and church was that of nominal Anglicanism rather than evangelical belief in Christ as Savior (something that Packer was not taught in his home church).
Packer’s life-changing childhood experience came at the age of seven when he was chased out of the schoolyard by a bully onto the busy London Road in Gloucester, where he was struck by a bread van and sustained a serious head injury. He carried a visible dent in the side of his head for the rest of his life. Nevertheless, Packer was uncomplaining and accepting of what providence brought into his life from childhood on.
Much more important than Packer’s accident was his conversion to Christ, which happened within two weeks of his matriculation as an undergraduate at Oxford University. Packer committed his life to Christ on October 22, 1944, while attending an evangelistic service sponsored by the campus InterVarsity chapter, according to Christianity Today.
Evangelist JI Packer, author of ‘Knowing God,’ dies at 93
Packer, a lifelong Anglican churchman, wrote hundreds of Christian books and articles for nearly 70 years. He was educated at Oxford University on scholarships.
Paying tribute to the British-born Canadian Christian theologian, Justin Taylor, an executive vice president for book publishing at Crossway, wrote, “I can only add that in every single encounter that I was privileged to have with him, I came away thinking of him not as a great man, but as a man who had personally encountered a Great Savior.”
Jonathan Brook, Lead Pastor at Refuge Church in North Carolina, wrote on Twitter that Knowing God has been one of the most influential books in his life. “Thankful to God for the life and ministry of JI Packer.”
Continue to rest in the Bossom of Lord Evangelist JI Packer. We love you sir
Source :Believers Portal

[FreeBeat] Talk make I talk [ Prod by The Executive]